According to a report received by the Kurdistan Human Rights Association, Friday night of 16 June 2017 about 10 pm, in the “Kumasi” functions Marivan city in East Kurdistan, landmine planted by the 8-year Iran , Iraq border, South and East Kurdistan causing severe injury  was Kurdish innocent civilian.

It must be said that in recent days as other innocent civilin called “Sirvan Azizi ” from Sardasht city in East Kurdistan was the direct target shooting at security forces Islamic Republic of Iran and lost his life.

It is much speculation that the explosion of mines planted scourge of the citizens of these regions and each year, causing mutilation or killing of dozens, and while the Islamic Republic of Iran is not only an attempt to collect and clearing mines yet, but businessmen and Kurdish innocent civilians  shot on the borders of Kurdistan East and destroys. 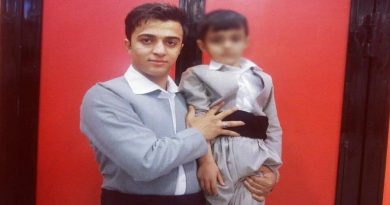