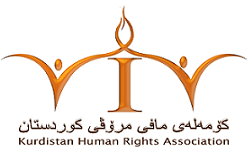 The 9th Congress of the Kurdistan Human Rights Association was formed on September 07.12.2019 in Frankfurt in Germany, with the participation of all members from Kurdistan, Europe and the United States, and in conducting dialogue and exchange of views among members, Changes to the statute and the rules of this organization arose.
Development of activities of the organization and efforts to expand it, speeding up things and publishing news and training on human rights, emphasizing the rights of women and children, the environment and its damage, kolbaran and …parts of conversations and changes was performed.
After the discussion and consensus members on the constitution and laws of the Kurdistan Human Rights association, the members of this organization chose the leadership council from among the elected members.