According to the reports received by Kurdistan Human Rights Association , activists Society of Environmental Protection city of Bukan in East Kurdistan their protests to the proposal to adopt and implement the wrong policies of the mayor of the city expressed in relation to the environment.

Apparently, occupations and aggressions carried out by the Health and destroy illegal “mountain park” concerns among citizens and environmental activists have created this city.

It is noteworthy that Bukan mayor in a letter dated 22 April 2017 # 2290 to stop aggression and occupation of the park was issued, But surprisingly after a few days despite the opposition of the provincial Commission by the users of the park, is being re invasion and destruction of the park began anew.

Meanwhile environmentalists of all shift sudden municipality and claims to the contrary, officials in surprise and pointed out that according to the municipal trustee and guardian of urban green space, because in legal action against massive infringement network Health deforestation and destruction of the park, has been neglected.

In the report indicated, the mayor and city administration officials Bukan not only has no regard to the environment and the interests of the people have not done But environmental activists have been threatened Refrain that continuing to the protests.

According to other approaches such non human rights in the cities of East Kurdistan, Kurdistan Human Rights Association has expressed its concerns and calls for more attention to the people’s basic rights in relation to the preservation of environment. 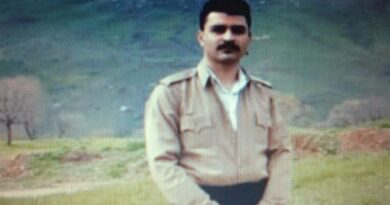