According to Kurdistan Human Rights Association, Mohammad Amin Abdollahi Kurdish political prisoners on Sunday 11 June 2017, by prisoners and guards in Birjand prison for Kurdish and Sunni Faith was beaten.

After fighting Guard and prison personnel into the area and beat perpetuate and this kurdish prisoner along with other prisoners beat them.

Finally Mohammad Amin Abdollahi injured in the clashes in the face and chest, but prison personnel are not allowed to visit the the prison infirmary.

Mohammad Amin Abdollahi is married and has a child and his family live in the city of Bukan Orumiyeh province, because of the distance to Birjand and financial problems the past few years have not had any contact with him.

Mohammad Amin Abdollahi from Bokan, Autumn 2005, arrest and after 15 months of uncertainty in Mahabad revolutionary court on charges of waging war through effective collaboration and armed with kurdish parties and propaganda against the regime, trials and a total of 18 years in prison and exile to Tabas sentenced , after spending some time in prisons in Orumiyeh and Mahabad prison was deported Tabas prison and then Birjand and currently bear the eleventh years in exile.

However, after more than half of imprisonment, legally the prisoner can be conditionally released but judicial authorities so far unclear reasons at the request parole, he have opposed.

It is worth noting, that after the attack, some elements of Daesh parliament building and the mausoleum of Khomeini in Tehran, intense campaign by the media, the Islamic Republic of Iran against the Kurdish nation has started and the negative campaigns against the Kurds in Iranian society has not been effectless. 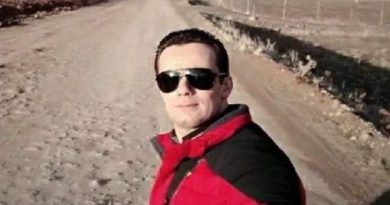