At dawn this Wednesday 2 Auguste 2017, Morteza Rahmani was executed in the central prison of the Islamic Republic of Iran in Sanandaj on charges of security.

According to a report from the Kurdistan Human Rights Association,on Monday 31 July 2017, Morteza Rahmani, was transferred to the solitary confinement of the Central Islamic Republic of Iran prison in Sanandaj  ,at dawn today was executed.

According to the report, Morteza Rahmani, a resident of Tilkou near the city of Kamyaran in late 2011, was arrested by the Islamic Republic of Iran forces in eastern Kurdistan and was executed in February 2013 on charges of moharebeh by being a member of one of the Kurdistan parties for murder Two individuals belonging to the Revolutionary Guards, who had father and son relationship, had been sentenced to two times in Qesas by the Revolutionary Court of the Islamic Republic of Iran in Sanandaj for a total of three executions. 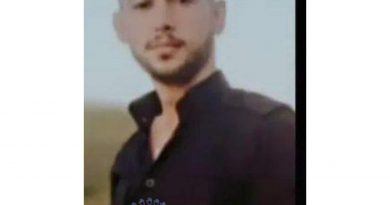