According to a report from the  Kurdistan Human Rights Association, the military forces of the Islamic Republic of Iran, in recent months, have been campaigning for the construction of a military base at the critical points of the Zaribar Wetland and They have tried to militarize the area.

It is reported that the policy of destroying natural biology in the Kurdistan region has been intensified by the Islamic Republic of Iran, which has been a source of concern for many environmental activists.

In this regard, the Marivan People’s Association’s Coordinating Council, as a protest against this trend, expressed its displeasure in a letter to the Governor of Marivan City, in the middle of June, one of the military units of the Marivan (border regiment), within the range The Zarybar wetland sanctuary, on the hill above it, has begun to construct a four-story building without even asking for permission from the environment and natural resources before it is built, the construction of a four-story building has been underway, indicating a high point of disregard for natural areas and a valuable ecosystem of Zaribar.

The beautiful and pristine nature of the city of Marivan, each time, attempts to destroy the beauty of its beautiful scenery by burning the oaks and oak trees and making oil refineries on the shore of the Zaribar, no doubt, is beyond the scope of this claim. 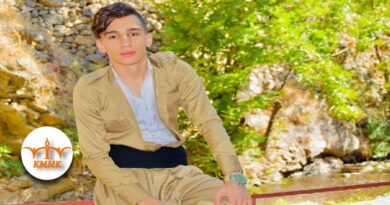