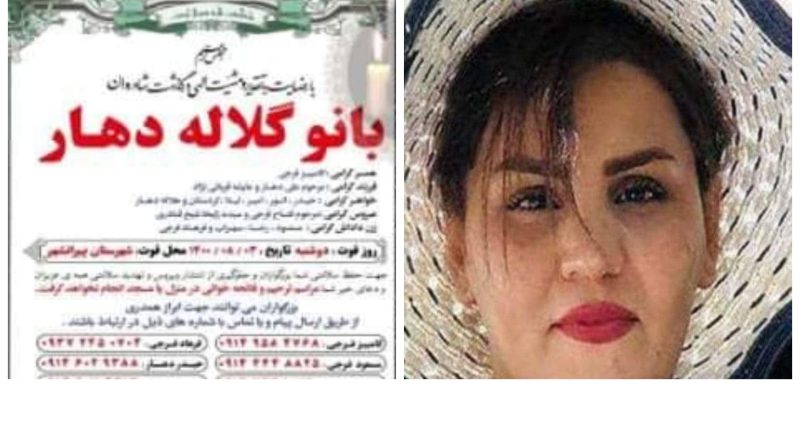 KMMK:
A 38 year old woman living in Piranshahr (Piranshahr) named Golala Dehar, mother of two childrens was killed by her husband.
According to a source close to the deceased’s family: Golala Dehar’s wife, Kambiz Faraji, was a truck driver who often accompanied his wife and 6 year old son on long trips. On the last trip to the north of Iran after an argument between Golala and her husband, Kambiz Faraji he is hit by a heavy object on the head of his wife and she anesthetized.
After this incident, Kambiz Faraji threw his wife down from the truck and then called his emergency services and informed the police.
The source added: “After the medical examinations in the hospital and the suspicion of the treatment staff, it has been determined from the 6 year old child that the woman was killed by her husband.”
The KMMK source further stated: After nearly 13 days of hospitalization on Monday, Oktober 25, Golalah Dehar lost her life and her husband Kambiz Faraji fled.
It is worth mentioning that the murder of Golala Dehar by her husband has not been announced by the official institutions of the Islamic Republic of Iran. 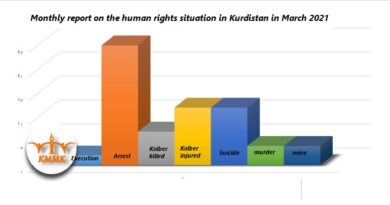