According to a report from the Kurdistan Human Rights Association last week,on Tuesday 15 August 2017, the security forces of the Islamic Republic of Iran three residents the Ahmedabad village of the city of Tekab, in eastern Kurdistan, arrest and and have been taken to an unknown location.

According to the report, these three detainees were named Behzad Baradaran, Hamed Sabzi and Saman Sabzi, and the relatives of the three detainees are unaware of the location and potential charges.

It should be noted that the Islamic Republic of Iran, with these arbitrary arrests and lack of legal and judicial authority, especially in eastern Kurdistan, indicates unfair treatment and sometimes very violent behavior.The Islamic Republic of Iran since 1976 has joined the International Covenant on Civil and Political Rights and, in accordance with article 9 of the present Covenant, has committed itself to protecting citizens from the liberty and arbitrary arrest and committed to holding a fair trial as soon as possible for individuals arrested.But contrary to all domestic and international laws, arbitrary detention, delinquent trials, and the absence of a lawyer elected at the time of the court, has become a common practice in the Islamic Republic of Iran. 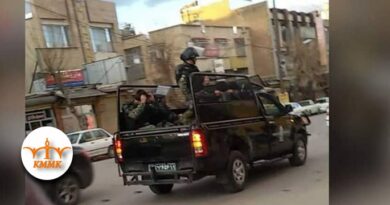