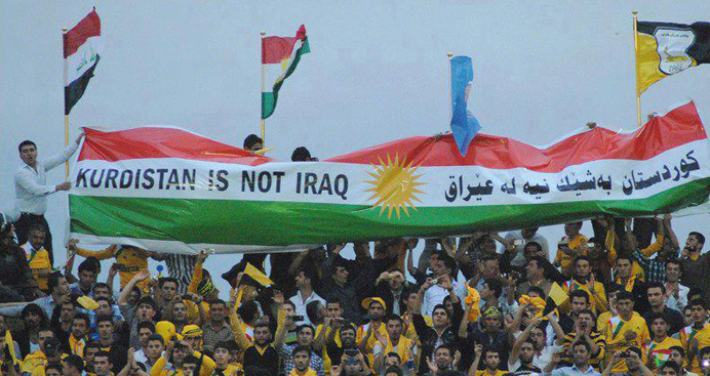 According to a report by the Kurdistan Human Rights Association quoted by the official news agency of Iran, IRNA, Bahram Ghasemi, Foreign Ministry spokesman on Saturday 10 June 2017, said that “principled position” Islamic Republic of Iran, support for the “territorial integrity and unity of Iraq ” is.

Islamic Republic of Iran has repeatedly stated its commitment treaties and conventions, the UN ( United Nations ) says, while the violators of human rights in the world, is considered, by taking explicit and non human rights, opposition to the referendum, the citizens of southern Kurdistan about southern independence of Kurdistan from the Iraqi government has announced.

It should be mentioned that the General Assembly of the United Nations Convention No. 421 in December 1950 to achieve self determination for all nations as a human right and a basic point, and the Economic and Social Council for Human Rights demands that in this case to bring the necessary follow up action.

The Supplementary Treaty to the Treaty NO. 545 on the fifth of February, 1952, issue of inclusion of self determination of all nations to stabilize the principles of international human rights treaties ratified.

General Assembly to provide the necessary conditions for creating peace, prosperity and friendship has brought that all nations are absolutely right to territorial sovereignty and statehood of their homeland and their efforts.

According to the resolutions, the United Nations General Assembly in 1966, two resolutions adopted in 1976, all governments before it have been committed and the provisions first both resolutions, the right to self-determination of the validity and universal significance and has written that:

The fate of nations the right of all nations have the right to freely their political regime in accordance with the terms of the basis of economic, social and cultural position.

Nations to achieve their goals without any rules preset and without the organization for Economic Cooperation and International any restrictions imposed on them and build on the principles of peace and international law are able to practice freely natural wealth and resources to benefit and in no circumstances should not people be deprived of the help of others.

States Parties to the Treaty on the Non-independent countries and territories under the sponsorship department responsible And the United Nations should be based on substance and practical projects for self determination and respect for the rights of nations to determine their efforts.

In addition, General Assembly Resolution No. 2625 first October 1970 referred to the friendly relations between people and states : all nations have the right to determine their own destiny and the whole world should respect this right.

In 1990, the Organization for Security and Cooperation in Europe in the Paris conference, self-determination of the essential foundation for security in Europe and in the 1993 session of the United Nations in Vienna, the right to self determination as a central human rights in their statement incorporated and the right to self determination as a prerequisite for the realization of human rights and fundamental freedoms of the people of the earth announced in a statement.

It should be mentioned that based on of the above treaties and conventions since 1951. So far more than 114 nations gained their independence and have formed their own countries.

Turkey and Iran’s interference in the independence referendum that part of the territory of Kurdistan Kurdistan in the North and East have occupied it do not friendly and see the colonializing government to show the geography of Kurdistan.

Kurdistan Human Rights Association, while supporting the right of self-determination for all nations of the world from the KRG ( Kurdistan Regional Government ) south Kurdistan for a referendum for the independence of Kurdistan supports and wants to support unconditionally all human rights organizations, democratic countries as well as UN( United Nations) south Kurdistan referendum citizens, is for independence. 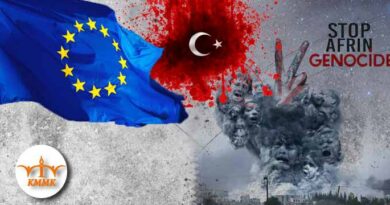