This is KMMK’s monthly report, Mai 2021, on the human rights situation in eastern Kurdistan. This report summarizes key human rights issues on events during Mai 2021, including executions, detentions, homicide, Police shootings and state terrorism and violence. Data is collected from several sources of KMMK, including direct reports.

In Mai 2021 Iranian government continued its disregard for basic human rights by discrimination, illegal detention of Kurdish citizens, torture and closing off any possibility of organized political activities that are not fully aligned with its propaganda.

In June, one people, Jamal Mohammadi are executed for reprisals. A 35-year-old man named Amir Rezaei was also killed in Urmia Prison.

According to statistics gathered this month, 48 citizens and civil and political activists were arrested in Eastern Kurdistan.

In Mai 2021 at least ten individuals (7 females and 15 males) committed suicide and self-immolation.

12 people were killed and injured by landmines this month. 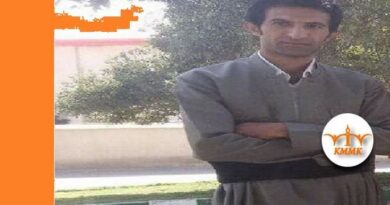