KMMK:
On Friday, April 30, 2021, “Vian Mohammadi”, a civil activities from marivan, mother of two child and student at the University of Tehran, was arrested by Iranian government security forces in Tehran.

According to the report, Vian Mohammadi is a management student at the University of Tehran and also lives in that city, On Friday, eighteen Iranian agents with plainclothe raided his private home and harassing their families as well.

Plainclothes forces searched Vian Mohammadi’s home and confiscated his personal belongings, including his computer, book and phone.
After her arrest, she was transferred to Evin Detention Center and later to the IRGC Detention Center in Urmie.

Despite repeated family follow-ups, the reason for the arrest of this civil activist has not been determined yet.

It should be noted that her husband “Faramarz Mohammadi” was also arrested in Tehran last December. After his arrest, he was transferred to the IRGC in Sna. He was finally released on 300 million Tomans bail. Vian Mohammadi was summoned to Evin Court several times during the arrest of her husband. 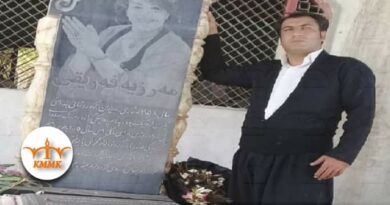