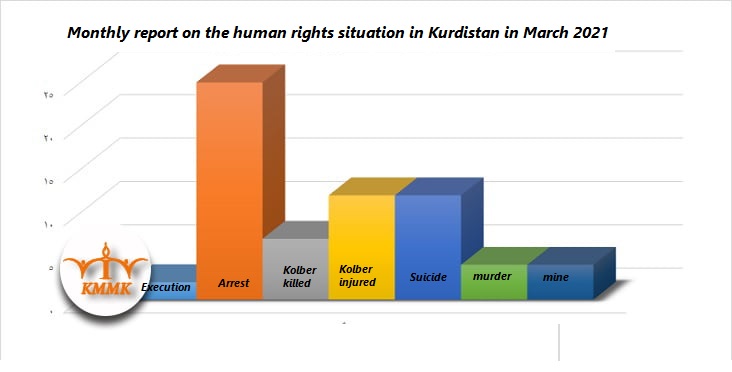 This is KMMK’s monthly report, March 2021, on the human rights situation in eastern Kurdistan. This report summarizes key human rights issues on events during January 2021, including executions, detentions, homicide, Police shootings and state terrorism and violence. Data is collected from several sources of KMMK, including direct reports.

In February, two people, Naser Walizade and Arash Waresi, were executed for reprisals. Two more people were killed in direct fire by the Iranian forces that month.

According to statistics gathered this month, 50 citizens and civil and political activists were arrested in Eastern Kurdistan.

Maine
Two people were killed and injured by landmines this month.