KMMK:
According to the report, on Thursday, March 18, 2021, “Shahnaz Sadeghifar” a political prisoner, was temporarily released on a heavy bail of 500 million Tomans with the consent of the Court of Appeals in Urmia, until the final verdict was announced.

She was previously sentenced by the Second Branch of Revolution Court of the I.R.Iran in Urmia, headed by Judge Ali Sheikhlou, on June 21, 2020, to 15 years in prison on charges of “acting against national security and membership in the Kurdistan Party.”
The sentence was reduced to five years and one day in prison after her lawyer protested in March last year.
Shahnaz Sadeghifar and her 17 year old child “Ainaz Zare” were detained at the Siranband border crossing in Baneh on their way back from Kurdistan Region to East Kurdistan.
She and her daughter were held in a cell for 2 months and interrogated, after that they were transferred to the government’s central prison in Urmia.

Ainaz Zare, was released from prison on November 16, 2020, after spending 15 months in prison. 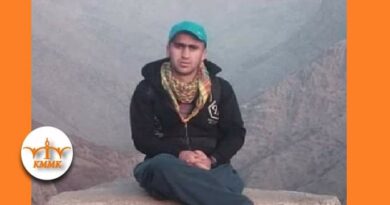