KMMK:
Three citizens were sentenced to 15 years in prison by Court of I.R.Iran in Piranshar.
The citizens named “Shoresh Abdullahnejad” 33 years old, “Najmaddin Sokhanvar” 30 years old and “Salah Aaji” 50 years old, they are residents villages around Mahabad.
It should be noted that, these 3 citizens were arrested by Iranian security forces on November 15, 2020 and transferred to one of the government’s security detention centers in Urmia, and were finally released on bail after being interrogated.
According to reports, these citizens have each been sentenced to 5 years in prison on charges of membership an “anti-regime Kurdish party.” 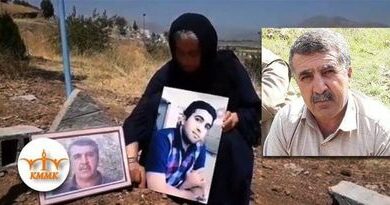 One thought on “Piranshar; Three citizens were sentenced to 15 years in prison”