According to a report from the Kurdistan Human Rights Association on Thursday 24 August 2017, a businessman called “Nezhad Mohammadi” from the village of Kileh, from Baneh, east of Kurdistan province, was severely wounded by the military forces of the Islamic Republic of Iran.

According to the report, four bullets have been hit and transferred to the hospital in Sanandaj due to the severity of injuries.

It should be noted that since the beginning of the Islamic Republic of Iran’s rule, the constant and daily harassment of ordinary people and businessmen has been bullied and the permission to kill the people of these areas by the high ranking officials of the Islamic system and even the leader of the Islamic Republic of Iran in one The lecture has given the command “fire at liberty” and the lives and property of businessmen are subjected to the most brutal murder and destruction, and this is only one way of assimilation of the people of Kurdistan.

And also poverty, unemployment, lack of manufacturing and company factories, and looting the Kurdistan mines and waters and spitting forests, the pastures are part of an inhuman and destructive phenomenon. 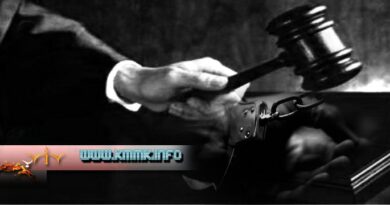 Arrest of a teachers’ union activist in Saqqez