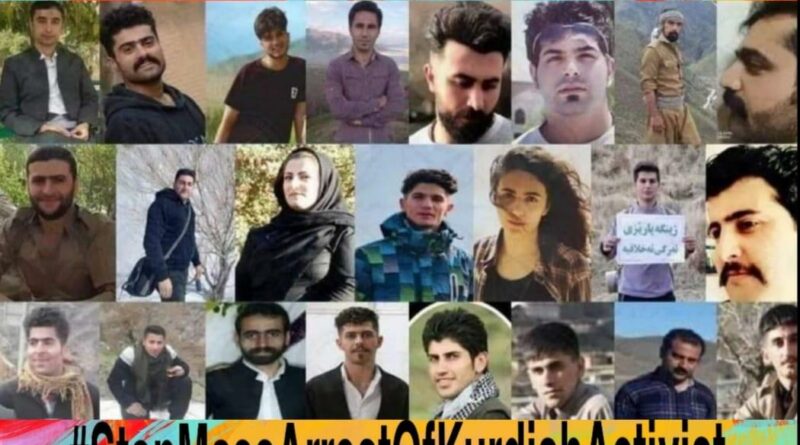 We have started a campaign calling for the release of all imprisoned kurds in Eastern Kurdistan and in Iran as soon as possible.

Our campaign is extensive. The Iranian government has launched large scale arrests of conservationists, women and students to silence and to intimidate the kurdish activists and civilians in Kurdistan. From 1st of january 2021 until today, the iranian regime has arrested 75 people. At least 9 of them are women and every day arrests by the government are increasing. Also, iranian regime has started the conquest of towns and villages with their military forces. At the moment no one knows anything about the situation of the detainees and their families and relatives are concerned.
We have started this campaign because we want to break the silence and get international attention for these arrests and for our case. The aim of this campaign is to stop the mass arrests of kurdish people. In this campaign includes people from different organizations, activists and journalists. We condemn the iranian governments military for the arrests and intimidation.
We ask the European Union and the international community not to accept these arrests and to demand an immediate release for the victims of these mass arrests.
Organizations and parties that are involved in the campaign: Kurdistan Human Rights Association, Yarssans Platform and Freedom for Zeynab Jalalian -campaign. Some individual activists and journalists are also taking part in this campaign.

We ask all kurdish associations, civilians and activists to join us!