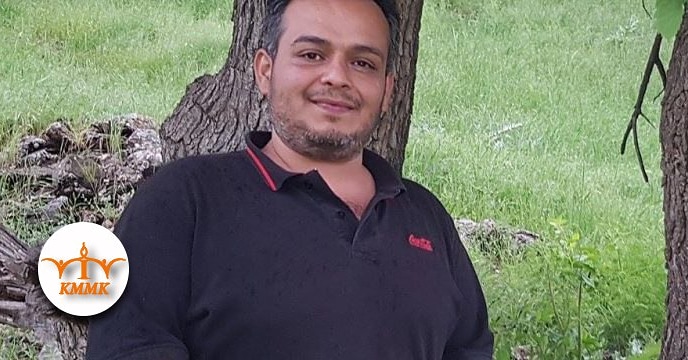 Twenty days after Adnand Rashidi, journalist and a member of KMMK’s leadership committee, was attacked by armed men in his house, some progress made in his complaint case by the police. However, under pressure and intimidation of an influential security officer his case is being suspended and further investigation is being blocked.

Due to these new circumstances in order to inform the public, KMMK finds it necessary to shed light on hidden layers of the assault plot planned by the Islamic Republic of Iran.

On the evening of Saturday, 28th of March 2020, a high rank security officer threaten, Adnan Rashidi his family to be attacked if he does not withdraw the complaint by 10am on Sunday 29th of April 2020.
These threats and pressures are happening in the situation that some of the individuals involved in the assault and the beating of Adnan, including a woman who played a key role in the whole plot are free and not being arrested.
At the same time, because of the restriction of movement on the roads due to the outbreak of COVID-19, Adnan Rashidi was denied to have access to a lawyer for court. KMMK wants to add that Adnan was not even able to receive medical examinations and treatment for his head severe injuries and fractures. He is in a very complicated situation and all legal ways to protect Adnan and his family is being blocked.
On March 27th, the day of the assault, the assailants threatened him and his family by inflicting irreparable physical and psychological abuses. The assailants tortured and harassed Adanan and his wife in front of her young daughter in order to get access to his phone, hard drive and documents.
The plotters now aiming to target the social and public status of this journalist and human rights activist. By lobbying and influencing authorities, and by engaging a woman in the case, they intend to distract the public and seek to silence Adnan Rashidi.
KMMK informs the public that we possess an audio file in which the woman mentioned confesses that several individuals forced her to do this and none of the statements and actions she did were her own wish.
On March 28th, Adnan Rashidi was present in Penjwen’s court and the mentioned woman also made statements in order to clarify the case. We declare here that these statements were made under pressure and she made false statements in the court.
KMMK has information that the woman involved, traveled with her husband to Iran several times and both purchased houses in the city of Marivan and sold their house in southern Kurdistan. During their visit to Marivan, they have repeatedly visited the government Intelligence building and the terrorist assault on the 27th was planned there.
It should be added that several security forces in southern Kurdistan were involved in the plot, and the bracelets that Adnan was tied up with, during the assault and the torture belonged to those forces. During the assault Adnan and his family have even been threatened to be transported to other locations by cars belonged to security forces of KRG .
KMMK urges the individuals in the authorities of KRG (in southern Kurdistan) not to be corrupted by Islamic Republic of Iran and calls on the responsible authorities not to interfere with the investigation of this case in order to achieve justice and protect the life of Adnan and his family. Otherwise, KMMK will have no other option but to release the the names of the individuals and organizations in the authority KRG that are involved in this case, and KMMK will inform and submit this case to the international community and courts which surely cause Kurdish community in this critical moment a distress.
Kurdistan Human Rights Association